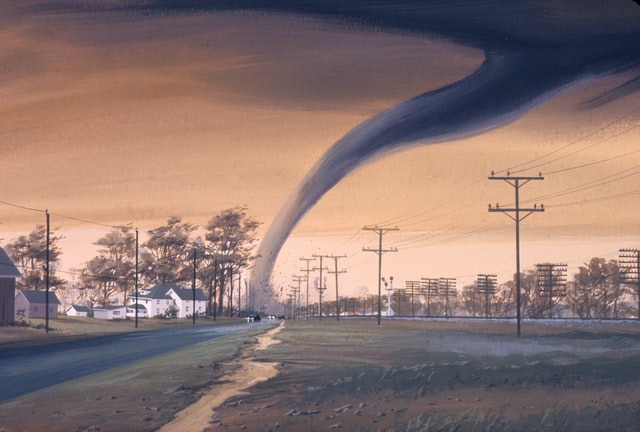 Climate change has been a hot topic for debate for decades, but what no one seems to be discussing is how it has affected real estate. Climate change can drastically affect the frequency and severity of natural disasters. Natural disasters such as wildfires and hurricanes are known to temporarily displace evacuees, but in many cases displaced people remain in their new location much longer than expected, either because they are unable to return or simply choose not to. Even the threat of a natural disaster that hasn’t occurred yet can prompt people to move away from a disaster-prone area

What does this mean for real estate? It means that disaster-prone areas are losing significant value, and less prone areas are gaining an influx of new residents that they may not have the ability to house. After all, the housing shortage is still in full effect and the displaced residents may not be able to afford much, due to the likely lesser value of their previous home. People across the real estate industry need to work together to identify the key factors of where people may want to leave, where they may want to go, and how they’re going to acquire housing, as well as work to reduce our environmental impact.

Photo by NOAA on Unsplash

For several years we have been hearing about rising sea levels and the loss of oceanfront land as a result. Living at the beach, we’re obviously concerned about the flooding potential for multi-million dollar Strand properties, our local harbors, and Catalina Island.

To our surprise and delight, the rising ocean levels have both negative and positive impacts. The United States Geological Service (USGS) has been studying the issue for some time as part of their Coastal and Marine Geology Program. The report titled Why research on climate change and sea-level rise is important, notes, “In California alone, roughly half a million people and $100 billion worth of coastal property are at risk during the next century.”

As it turns out, our three Beach Cities will actually gain beachfront sand, assuming current conditions continue. Decades of study have shown the coastline in northern California erodes, losing soil to the ocean, while in southern California, the coast accretes, gaining soil.

Of course, no one knows if the Pacific Ocean will rise fast enough to exceed the rate of accretion, or not.

The UN is warning that we are now on course for 3C of global warming, with the latest projections pointing to an increase of 3.2C by 2100. If this comes to pass, it will ultimately redraw the map of the world as low lying areas are inundated.

The map on the right shows Manhattan Beach gaining from .5-2 meters of sand by the year 2100. Hermosa Beach gains slightly less, at approximately .5 meters.

Most of Redondo Beach falls into a coastal category known as “cliff retreat” because of the high bluffs above the beach, as does all of the Palos Verdes Peninsula. We’ll look at that in a future issue.